Overseas customers can purchase our products by using "WorldShopping" cart.
We hope you continue purchasing and enjoying our products.

The package will be delivered by EMS, DHL, and FedEx.

WorldShopping Customer Support will contact you as soon as possible to assist you with your needs.

For inquiries or information regarding Stereo Sound INTERNATIONAL STORE, please contact the following link.
-Until May 31st, 2021 ---https://www.stereosound-intlstore.jp/contact
-From June 1st, 2021 ---E-mail：sales@stereosound.co.jp


Long-awaited second volume of the BEST of Anzenchitai is finally released! 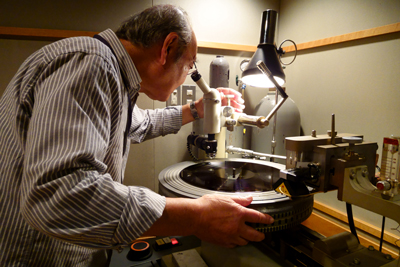 The soul of Anzenchitai-sound is being carved into lacquer disc by Shigeru Buzawa, a prominent mastering engineer of NIPPON COLUMBIA, using the SX74 cutter head on Neumann's VMS70. 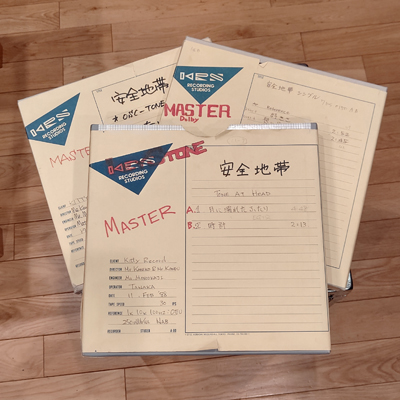 The sound of the half-inch analog master tape, from which "Tsuki ni nureta futari", the second track of side A, was transferred, is just deep and rich.
The second analog record of the BEST of Anzenchitai has at last been released this spring, including 10 songs that were specially selected―from their celebrated 14 original albums they had ever released―and composed by Stereo Sound for the purpose of listening especially on the high-end audio components.

The 8 songs among 10 of this analog record are the same tracks included in the hybrid SACD [SSMS-028] which was comprised of 18 tracks and released in 2019; these 8 tracks, track No.10 to No.17 in the SACD, were not included in the first LP [SSAR-040]. Other 2 songs,"Hitomi wo tojite" and "Orange", both Anzenchitai's hit ballads, have been added to the Vol.2.

The master sources used for the cutting are the analog master tapes and digital masters (track 3, 4, 9 and 10 were transferred from digital master) which had been well-preserved under the supervision by Universal Music Japan.

The playback of the precious analog master tapes was done by Shigeru Buzawa, who is the greatest mastering engineer of NIPPON COLUMBIA and has abundant experience in the recordings of numerous famed analog records, on the state-of-the-art equipment, the STUDER A80 tape recorder and A820 mastering recorder, which had been meticulously tuned by NIPPON COLUMBIA. The suitable equipment, A80 or A820, was respectively chosen for each master source according to its condition. In order to make the sound faithful to the original recordings at the time, Buzawa precisely adjusted the cartridge azimuth of the equipment each time and was successfully able to have the sound quality of analog master spring back to life of its best condition.

On the other hand, the digital master was processed by the ORT (Overtone Reconstruction Technology) mastering, a mastering method developed by NIPPON COLUMBIA, and made to PCM96kHz/24bit and then, by dCS 952 D/A converter, converted to analog signal.

Thus, Anzenchitai's precious studio-sound has been awaken by the greatest engineer from over 30 years slumber, being gone through the bespoke analog console made by NIPPON COLUMBIA, and evolved into the "reborn sound" with its fresh grooves being carved into lacquer discs.

All copies have, using the specialized vinyl plastic as raw material, been directely pressed from the first metal stampers on the machine specially tuned by TOYOKASEI CO.,LTD―which was also used for the first Anzenchitai BEST―and made into a genuine high-end audio analog record.

We are pleased at last to be able to announce the debut of the BEST of Anzenchitai Vol.2.

Play it on your audio components and feel the soul of Anzenchitai.

[Side A]
[Side B]
Cutting Engineer: Shigeru Buzawa